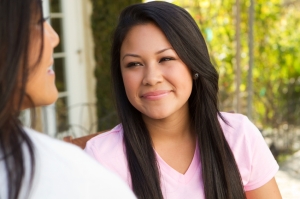 Most school districts or churches offer programs designed to educate kids on the dangers of drugs and alcohol. By the time children start middle school, they’re both well-informed of the risks and aware of other students, especially older students, who ignore everything they just learned. A tween’s reaction to that dichotomy can be confusion, concern, excitement or even jealousy.

So, this is the perfect time to start talking about Social Host Laws.

WARNING: Explaining Social Host Laws to a teenager is like juggling with jelly. It’s difficult to do and it’s going to get into everything. Any topic or attitude can pop-up, from a debate on ethics to your behavior as a teen, from an admission of previous behavior to a complete shut-down of communications. Here are four helpful steps:

Starting the Talk.Eradicate the automatic barriers teens build as soon as they hear a parent say, “I need to talk with you” by replacing it with, “I need your advice.”

“I need to talk with you” signals trouble or a lecture.

“I need your advice” gives you a chance to frame the conversation so you can stop talking and start listening. Why is listening so important? Because, no matter how you feel about alcohol use before 21, this conversation is not about the evils of underage drinking. It’s about getting your kid to join you in the battle to protect your family from other kids drinking in your home.

You know how major corporations hire computer hackers to design a hack-proof network? Your teen will become the resident expert on how his friends are able to drink under an adult’s nose and you want to enlist his help to make your home secure.

Shorter is better. I introduced the topic in under 30 words when my son was thirteen. The whole conversation took less than five minutes and it got him involved. After I told him I needed his advice, I said, “Did you know there’s a law that says Dad or I could go to jail if any of your friends bring alcohol or drink in our house or yard?”

I asked him what he thought we could do to prevent that from happening. He thought the law sounded ridiculous. (In conversations like these, it’s always best to acknowledge your kid’s reactions and feelings. I was able to say I could see his point.)

Analogies help. Use examples you can see around you. Homeowners are responsible for removing ice from their sidewalk so no one can slip and sue them. Apartment renters are responsible for keeping the hallway clear of garbage that can attract pests. We used to have a pool so I used that example. I explained there was a law that required we protect people from accidents around the pool, even if we weren’t home, so we had a fence and a pool alarm. This new law was similar because it made it our obligation to stop kids from drinking on our property. But, since I couldn’t put alarms on his friends, I wasn’t certain what I could do.  What did he think?

He had lots of questions and his questions helped guide how the rest of that first, brief conversation went.

Repeat and revise.Every time a party got busted up, every time a friend got her stomach pumped, every time an adult got arrested, we had an excuse for another, brief exchange about underage drinking and the laws that exist to prevent it. Our house rules developed as his circle of friends got older and more of them decided to experiment with drugs and alcohol.

We were successful for three reasons: the whole family wrote the rules together, his friends respected why we did it, and, honestly, there were many other parents in town who permitted underage drinking. They didn’t need our house.

When my son asked to hold the prom after-party at our house, he and his friends already knew our rules and agreed to abide by all of them. Of course, we didn’t sleep a wink or take a full breath until the last guest left.

I’m not done holding my breath. My son’s in college. He’s just as liable as any parent if his roommates, his college friends or his roommate’s friends drink in his apartment. He’ll be at risk until all his friends are over 21. Then, he’s in the clear until he has his own children and he’s the one sitting down to have the talk.