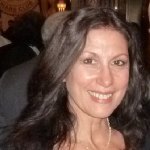 HM Epstein writes about parenting and policy. For over twenty years, her articles and columns have appeared in consumer magazines, business and literary publications under the bylines H.M. Epstein and Helene Kalmanson. (Visit hmepstein.com/portfolio for sample articles and columns).

Helene first became interested in the intersection of parenting and policy when assigned a major feature for Westchester Magazine. “A Parent’s Nightmare” chronicled the arrest of a well-respected Scarsdale couple for allegedly providing minors with alcohol and the issues surrounding underage drinking and the host law. As a regional look at a growing national trend, it became part of a countywide constructive dialogue among parents, educators and the law enforcement community.

Currently, she writes for several magazines and for the website she founded in 2008. Underage Drinking and the Law (http://socialhostlaw.com), is a resource that helps thousands of caring, involved parents navigate the tricky issues of underage drinking and parental liability.

A graduate of New York University, Helene originally worked in advertising and business development with ad agencies of all sizes. Shortly after the New York Times did a feature story about her business development work, she started a consultancy to help ad agencies grow and became a frequent contributor for advertising and business publications, including penning a regular column for AdWeek and a series of columns for the industry newsletter Ad Business Report.

In the mid-1990s, she branched out and wrote about a wider variety of topics for national and local consumer magazines, ranging from an in-depth look at conversion and its impact on Judaism for Hadassah Magazine, to architecture, home design and green technology for Westchester Home & Garden, to interviews with notable personalities and articles about personal care, beauty and family life for Westchester Magazine.

Helene also speaks to community coalitions, parenting groups, high schools and any other groups interested in learning more about the strengths and weaknesses of their local underage drinking laws or concerned about how to be a good parent in a legislative landscape that penalizes them when teens disobey their rules. She is happily married, lives in the suburbs of New York City and has a son who attends Johns Hopkins University.